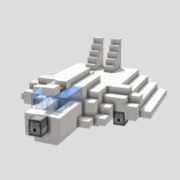 Minecraft developers strive to regularly make changes to the appearance of the game. With each new version, the game becomes more and more interesting and intense, everyone chooses the best option for themselves. Recently appeared Build: White Fighter. Given the relevance of the topic, the fighter fell in love with many users. Although it does not look quite realistic, it still looks very much like a fiery machine.

Ordinary survival games quickly become boring. So that the user does not lose interest in the game, but only increases, more and more new buildings appear. New items allow the player to get a whole range of emotions from the game of survival. If you work hard on cubic spaces, life will become not only easier, but also much more interesting and fun.

Despite its simplicity and accuracy, the building looks powerful and strong. Particularly noteworthy is the imitation of lights from the engine, which is located behind the fighter. The device looks like a real one. Inside is the cockpit, where you can climb on top of the building. There are two buttons in the cab, by pressing which, a signal is sent to the distributors. That is, with the help of a fighter, you can fire.

The players liked the fighter and for good reason. This is not just a basic building, it is a real combat unit. It has become more interesting to play, the appearance of the game has also changed. The building consists mainly of stone and quartz slabs, as well as red wire, quartz steps and a block. 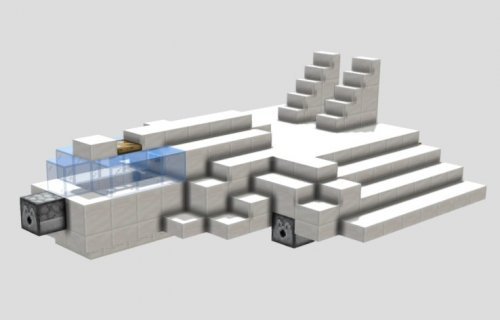 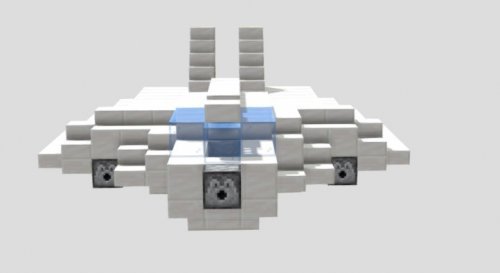 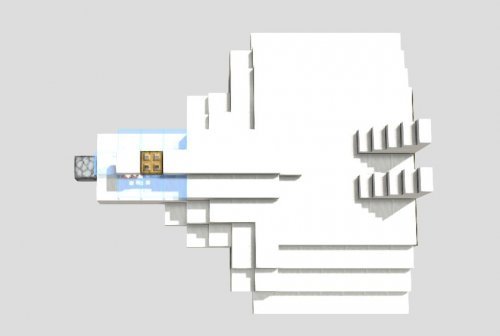 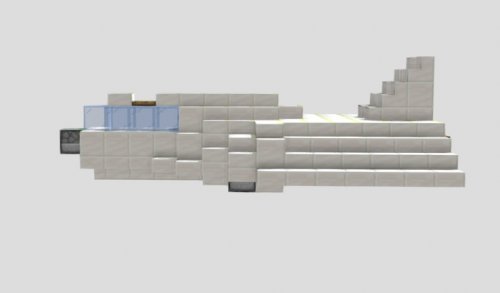 Build: Great Gate
It is hard to imagine a fortress without a gate. Often they look quite plain and boring. This can
hit
upd
new

Build: Big Clock 2
Minecraft continues to delight its users with new developments and additions. In addition to
hit
upd
new

Build: White House 4
Survival houses are invariably popular among players. And for the most part, everyone wants to make
hit
upd
new

Pixel art: Demon protector
Minecraft is a game that many people love. But even the best and most interesting sooner or later
hit
upd
new

Build: Light Truck
Minecraft is famous for the variety of all sorts of effects, characters, buildings. Developers are
hit
upd
new

Build: Darkfighter 2
Minecraft is interesting, first of all, because you can build anything from building blocks. And
hit
upd
new

Build: Hidden Jungle Base
The construction of a hidden jungle base was an incredible discovery for the players. Just a
hit
upd
new