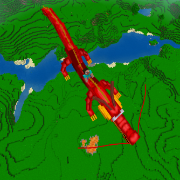 There are a lot of mods that allow you to diversify the Minecraft game, and one of them is Mod: Ride Your Dragon, which allows you to control a fantastic creature.

Despite the pixel graphics, the appearance of the dragon is worked out as detailed as possible. For example, the player may notice the mouth, eyes, and even whiskers of a mythical animal. His body is made in orange, but some parts are painted in yellow: ears, mane, paws. Eyebrows are white.

This dragon can perform not only a decorative function, decorating Minecraft locations. His main task is to move: for example, the main character has the ability to travel around the virtual world and get to the necessary points as quickly as possible.

Using a Japanese mythical creature is very simple: you just need to sit on his neck, and he will instantly take off. 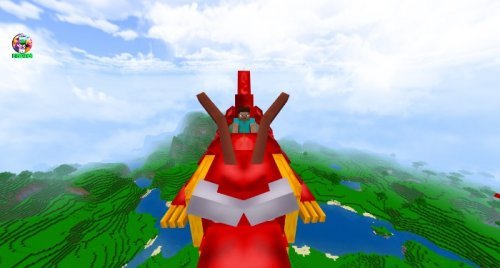 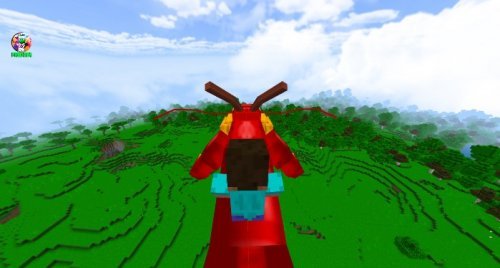 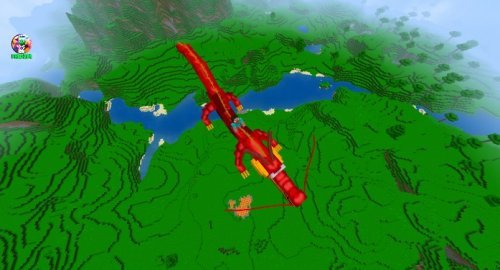 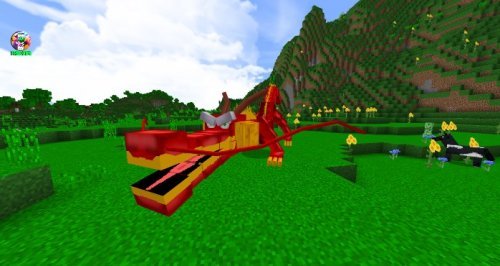 Mod: Instant Builds
If you are not the biggest fan of building houses and castles in Minecraft for hours, then you
hit
upd
new

Shaders: Harmony Voxel
All elements of the game can look much better to do this, the players twist the settings to the
hit
upd
new

Mod: Aveo Dragon
Dragons are confidently leading the list of the most popular creatures in the Minecraft community.
hit
upd
new

Mod: Waypoints 2
Players are used to the fact that moving is the longest process in Minecraft. You can set waypoints
hit
upd
new

Mod: JOJO’s Bizarre Adventure: King Crimson
The popular anime about the adventures of JoJo has also hit Minecraft: one of the fans of the game
hit
upd
new
Comment (0)
Comment
Releases
Popular Skins