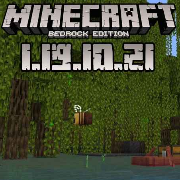 Minecraft continues to improve, Minecraft PE 1.19.10.21 Beta has been improved by the spectator mode, changes have been made, including technical ones, and bugs have been fixed.

In experimental mode (2 updates), the first - in the spectator mode it is impossible to get effects during the game, the second - only using commands, you can apply effects. A spectator with a bad omen effect will not be able to raid the village.

In terms of version parity, the Nether Portal exit has been improved and the structures of the Ancient City have been updated. Found the best way to break the mangrove roots with an ax, and if the roots are dirty, then it is easier to break them with a shovel.

What can the acoustic sensor react to:

At the same time, the acoustic sensor will not respond to:

In addition, the sounds of the grass are obtained by the mangrove sprout.

The villagers and the wanderer trader are able to escape from the zoglins.

The cause of death will be shown on the death screen. 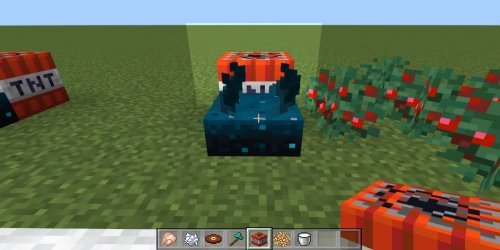